Since 2011, television viewers hooked on HBO’s supremely popular Game of Thrones have been following the exploits of Tyrion Lannister, as his dynastic family attempts to secure control of the Seven Kingdoms.

Despite his intelligence and leadership skills, his father Tywin, head of the Lannister clan, despises and underestimates him. The reasons? Tyrion’s birth led to his mother’s death, to Tywin’s eternal dismay; and more crucially, Tyrion is a dwarf. There is no place for little people in this warring fictional society.
Though Tyrion does not get the respect he deserves from his father, he’s unanimously loved by audiences. In a show overloaded with characters, the most likable protagonist is played by a short actor, the brilliant Peter Dinklage.

Game of Thrones certainly deals with the plight of a dwarf in a hostile context, but Tyrion is not defined by his dwarfism. He’s not comic relief, he is always the smartest person in the room, and he has an active sex life. In any scene he’s in, he’s the one viewers identify with. But short actors haven’t always had the chance to portray such rich protagonists. 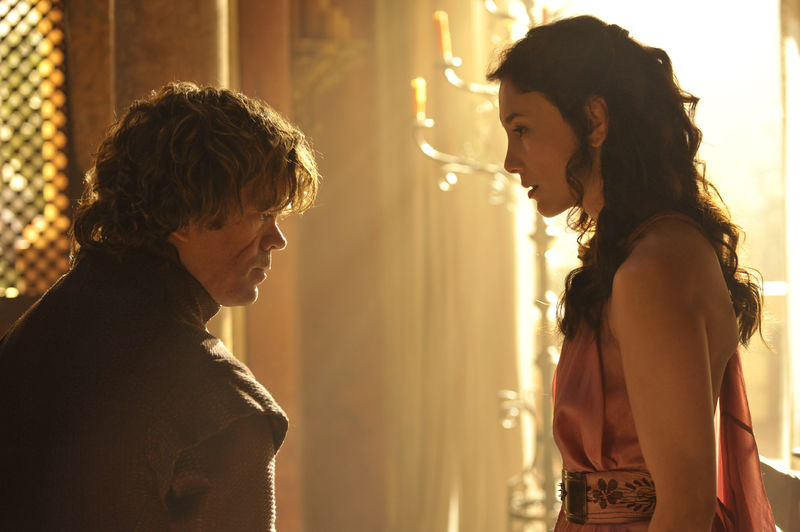 At the beginning of the last century, dwarves in the entertainment industry were little more than fairground attractions. A disturbing example opened at the massive Dreamland amusement park on Coney Island. Before it burned down in 1911, its grounds hosted Lilliputia, the “Midget City,” where three hundred little people took part in what architectural theorist Rem Koolhaas has characterised as a Victorian social experiment, where “promiscuity, homosexuality, nymphomania and so on were encouraged and flaunted” for the titillation of visitors.

Thirty years on, dwarves were still being hired for similar jobs. Everyone remembers the Munchkins from The Wizard of Oz (1939), the lovable denizens of kaleidoscopic Munchkin Land, where Dorothy lands after surviving a tornado in Depression-era Kansas. A good number of the Munchkins were performed by The Singer Midgets, a troupe of European dwarves who acted in circuses and carnivals, led by Viennese manager Leo Singer. They were joined by other American short actors, and for all those involved, it was a rare chance to join more than a hundred other little people on a film set. 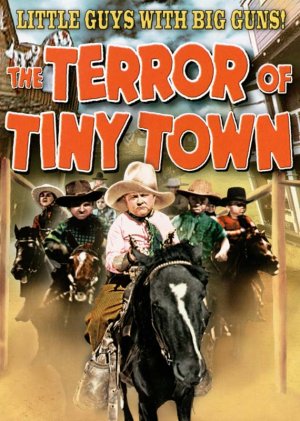 Friendships and romantic relationships bloomed and exaggerated rumours spread of wild parties at the Culver City Hotel. Nevertheless, as legendary as they might be, the Munchkins are not exactly subtle and layered characters. The same applies to other dwarf roles from the same era, like those in The Terror in Tiny Town (1938), a comedy western which also cast members of The Singer Midgets. It was so dreadful, that in the 1980s, when the Dr Pepper Company produced a satirical television program showcasing hilariously bad movies, cheekily named The Canned Film Festival, The Terror in Tiny Town was screened as the first episode. Clearly, better parts were still to come for little people.

During the 1960s, one of the most prominent short actors, without doubt, was Michael Dunn. Already known as a performer and singer, he became famous as a recurring villain in the television programme The Wild Wild West (1965-1969) and through his Oscar-nominated role in the film Ship of Fools (1965). He also appeared in a celebrated episode of Star Trek: The Original Series, “Plato’s Stepchildren,” in which Captain Kirk, Spock, and Dr McCoy land on a strange planet where aliens with telekinetic powers, who call themselves Platonians, have adopted classical Greek culture, fashion, and philosophy. Among them lives Alexander, a dwarf played by Dunn, who has no powers and is treated like a slave. His character is complex and wonderfully written, and his dwarfism is never played for laughs. On the contrary, he is disparaged by the Platonians because of his height and made to feel inferior, and when he learns, through Captain Kirk, that there’s a whole universe out there where he might be treated as an equal, his face brightens and he resolves to leave the planet. Alexander was not colourful or cuddly, but a human being with human problems. He was a positive change of direction for little people in mainstream media.

Alas, the fantasy genre, as exemplified by The Wizard of Oz, has remained a common destiny for short actors, sometimes limiting the scope of roles available to them. In part, this is due to the millenary presence of dwarves in myth and folklore. An influential example can be found in the Völsunga saga, a 13th century Scandinavian prose epic, probably culled from earlier sources. In it, the dwarf Andravi, captured by the Norse god Loki, gives up his treasure and ring. Before doing so, however, he curses his hoard, and the gold henceforth dooms everyone who lays his or her hands on it. This story has been told and retold throughout the centuries. Richard Wagner reimagined it for his famous opera cycle The Ring of the Nibelung, and so did J.R. Tolkien for his iconic novel The Lord of the Rings. Dwarves, in the Völsunga saga and Middle Earth, are usually linked to treasure and craftsmanship. They are a race apart, with specific traits. Modern films and television series have followed in this tradition. 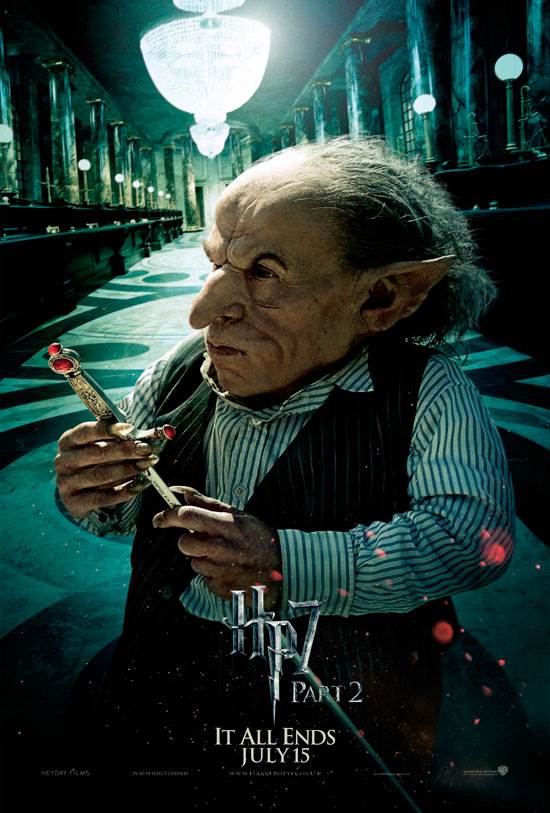 Dwarves in fantasy are not like those in real life. Actual little people can, for instance, have children of average height. But in fantasy, dwarves usually give birth exclusively to other dwarves, making up entire towns or countries. (Munchkins can be said to respect this convention, though L. Frank Baum’s original book describes them as simply short and not dwarves.) The genre has provided many roles for little people, among them Warwick Davis, who broke into the scene at the age of eleven, dressed up as a teddy bear-like Ewok in Return of the Jedi (1983). George Lucas, creator of Star Wars, would cast Davis again in the cult classic Willow (1988). This time, he was not a costumed furry creature but a dwarf in the style of classic fantasy, a role he would reprise several times, in the film adaptations of The Chronicles of Narnia and Harry Potter. In 2011, he starred as a version of himself in the television program Life’s Too Short, about a showbiz dwarf. A self-conscious portrayal of little people in entertainment, it might have reminded some of Seinfeld’s hilarious dwarf actor Mickey Abbott, portrayed by Danny Woodburn. Although a minor character, he was infinitely memorable. The show does take advantage of his height to provoke laughs, placing him alongside the tall and lanky Kramer, but Woodburn is clearly in on the joke. After all, no one is not ridiculous in Seinfeld. Dwarves aren’t sillier or funnier than others, but they’re not less so either. 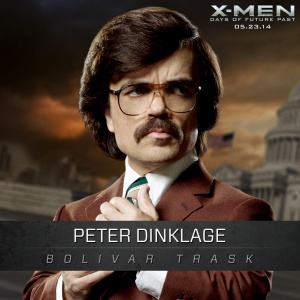 As for Game of Thrones, although epic fantasy, it does not include a race of dwarves. Tyrion is simply human, a little person in what could pass for the historical Middle Ages (well, except for the dragons and the undead). Dinklage, of course, is no stranger to portrayals of dwarves in more or less realistic settings. He entered the public consciousness with The Station Agent (2003), as a taciturn and solitary man who meets unexpected friends in New Jersey. He has played a traditional fantasy dwarf, in Prince Caspian (2008), yet he has also attempted more off-kilter roles: the former gay lover of a deceased patriarch in Death at a Funeral (2007), a best-selling author in Elf (2003), and a brilliant weapons designer in X-Men: Days of Future Past (2014). His dwarfism is sometimes part of the character: in Elf, he reacts when others make fun of his height. In other cases, as in Days of Future Past, it’s barely remarked upon.
Davis, Woodburn, and Dinklage, among other short actors, have helped change the image of little people on film and television during the past twenty or so years. This article by no means exhausts the number and quality of their contributions. There is much more to celebrate. In their work, the matter of dwarfism is often either irrelevant to the narrative or, if important, a reason for the audience to identify with – not laugh at – the character. And when laughs are involved, the feeling is that short actors are poking fun at themselves rather than being the victims of ridicule. There is still a long road ahead: there have been grumblings within the short actor community about the fact that dwarf characters in movies like The Hobbit (2012) and Snow White and the Huntsman (2012) are played by digitally resized non-dwarves, which is problematic when there are already few acting jobs available for little people. Even so, the entertainment industry has come a long way from the days of Lilliputia. 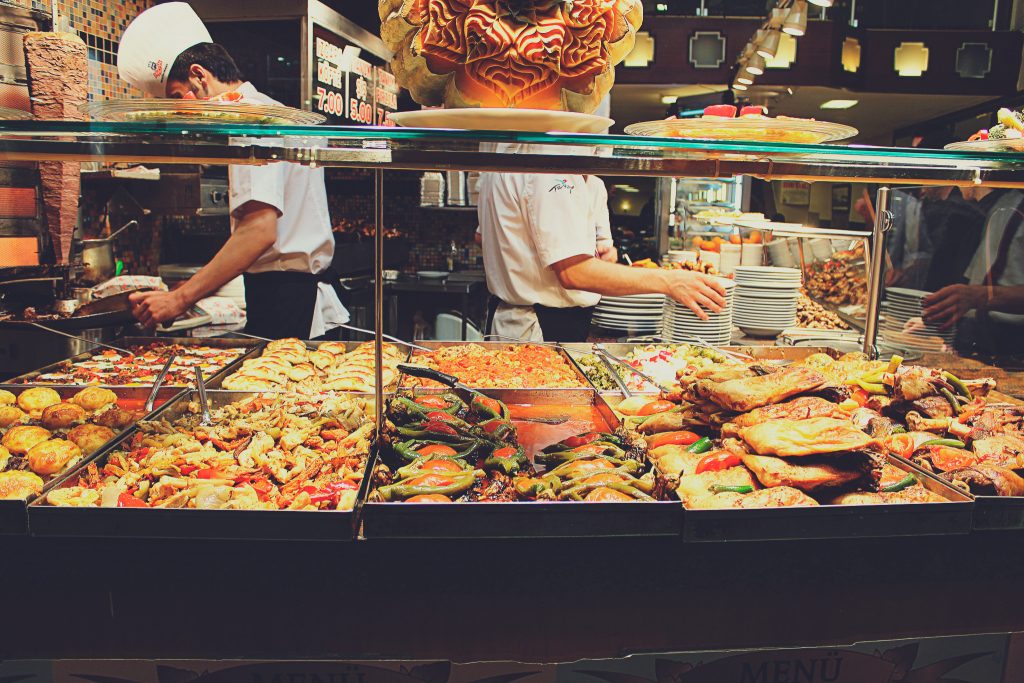